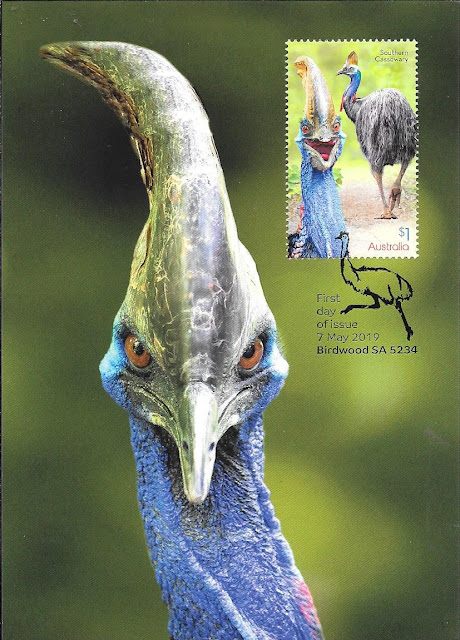 The Southern Cassowary (  Casuarius casuarius ) also known as the "Double Wattle Cassowary. The Cassowary is a large black flightless bird like the Emu and the Ostrich. The bird has a large horn like feature that sits on its head known as a "Casque" ..This bird feeds on the forrest floor of many tropical fruits and berries.. and can be very dangerous if approached especially with young .The coloured wattle beneath its beak is highly visible also very colourful..and can be seen in Northern Queenslands Rainforrests.
Posted by travelthrupostcards.blogspot.com.au at 20:46

AROUND THE WORLD BY POSTCARDS