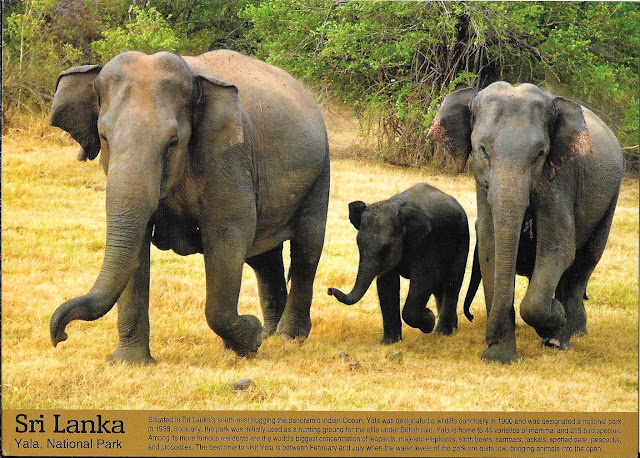 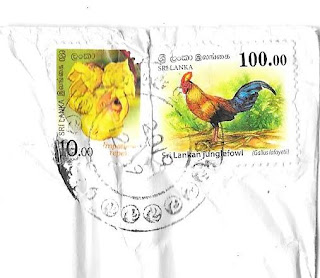 Another lovely card from the group recently received from a great friend in Sri Lanka and she knows the cards that I like..  This card shows some of the many elephants to see and visit in certain areas in Sri Lanka ..Than you so much Dini ..this is a great card
.Posted Sri Lanka.:09 December 2019: Arrived Sydney 19 January 2020.: Traveled  41 days.

Sri Lankas Elephants :
Situated in the south east of the country hugging the coast of the Indian Ocean. Yala National Park was designated a Wildlife Sanctuary in 1900 and was then designated a National Parrk in 1938. Ironically the park was initially used for a hunting ground for the elite under British rule,. Yala is home to 44 species of  mammals and 125 different species of birds , among its famous residents are  the worlds largest concentration of Leopards  , Elephants ,Sloth Bears Sombars, jackals Spotted Deer , Peacocks and Crocodiles . The best time to visit Yala National Parkis between February and July when the water levels of the park  bring the animals out in the open.

AROUND THE WORLD BY POSTCARDS